We read a lot about women in Afghanistan. Afghanistan’s all-women orchestra founded in 2014 performed at the World Economic Forum last January 2017 at Davos in Switzerland, Afghan women participated in Bamiyan’s international marathon, the Afghan Aviation Forces are counting always more women pilots, and an all-girls robotics team from Herat wins a top European competition. With 69 members of Parliament, 22 Senators, 296 part of Provincial Councils, Afghanistan’s political life is highly populated by women. All throughout the month of March a series of conferences, events and celebrations are usually organized to celebrate International Women’s Day.

Perusing statistics and figures, it would seem that women in Afghanistan are finally gaining their long-due civil liberties.

The reality, however, tells another story. 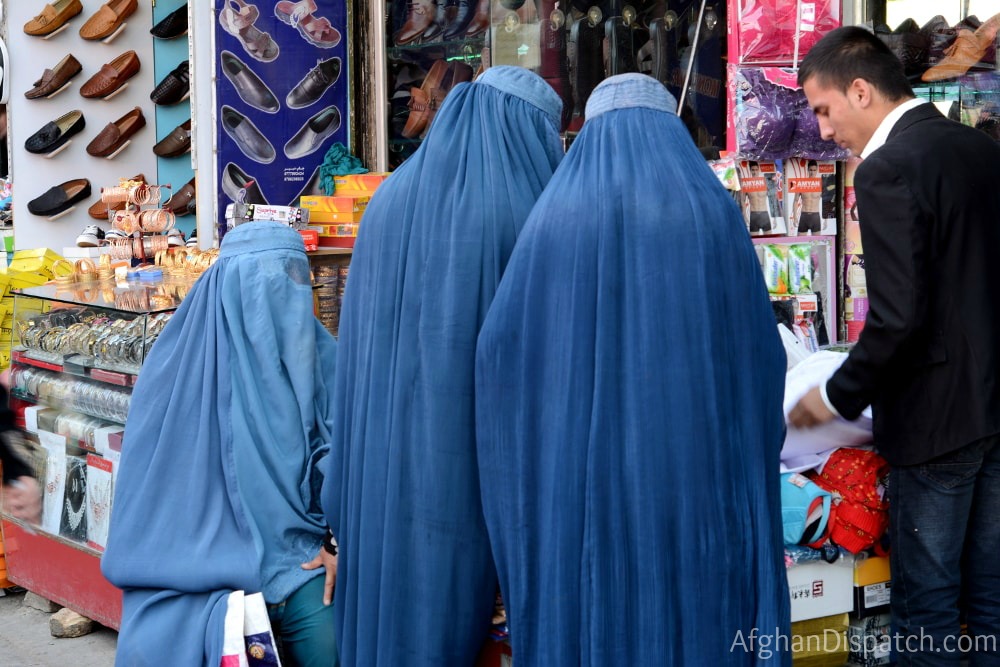 In their daily life, women and girls in Afghanistan face discrimination, violence, and harassment, to the point that some find self-immolation the only way to put an end to their agony.

As reported by TKG local radio, last January 28th, a 30-year-old woman from Herat City committed suicide by poisoning herself.

The spokesman of Herat Hospital, Mohammad Rafiq Shirzay, told TKG that from March 2016 to January 2017 they registered over 700 cases of self-immolation, among which 34 ended with the death of the woman.

Poor economy, forced marriage, the lack of cultural tolerance and culture of impunity are considered the main reasons behind the high number of self-immolation in Herat.

The head of Farah police forces, Gul Bahar Mujahid, told the local media that a young woman hanged herself in Berentoot village last April 20th, 2017. Mujahid added the reason has been domestic violence and the culprit arrested by the police was the brother of her husband.

The past years haven’t been more soothing either for women.

In October 2016, a 23-year-old woman in western Herat Province was doused in petrol and set on fire by her husband who managed to run away.

In July 2016, Zahra, a 14-year-old pregnant girl from Ghor Province was set alight by her in-laws. Her husband is on the run and the in-laws were arrested. Zahra died a few days later at Isteqlal Hospital in Kabul and her father accused the local court to be in favor of the perpetrators, fearing they won’t be persecuted.

Next March 19th will mark the third anniversary of the brutal death of 27-year-old student Farkhunda Malikzada, killed by a mob in the streets of Kabul city center.

Falsely accused of burning a copy of the Quran by the mullah of Shah Do Shamshira shrine, hundreds of men ferociously attacked her, beating her to death, running over her maimed body with the car and setting her on fire.

The women attending Farkhunda’s funerals didn’t allow men to carry the coffin, as tradition would have wanted, and engaged in a spontaneous protest.

Out of the 49 people arrested for the murder of Farkhunda, 37 were released within the first fifty days.

According to Aziza Adalatkaha, Director of Legal Affairs at the Ministry of Women’s Affairs, out of the twelve people convicted by the Supreme Court, three were sentenced to 20 years of jail time, eight to 16 years and one to ten years.

The decision of the court was changed within the first year and the death penalty to the four prime suspects has been replaced with medium and long-term prison time.

Out of the sixteen police officers accused of job negligence, eight of them were released the following days and eleven sentenced to one year jail time but released within the first eight months.

“The government of Afghanistan,” Ms. Adalatkaha told us, “is committed to enforcing justice.”

Farkhunda’s father is still hoping the culprits will one day be brought to justice. Speaking to the local media, he said: “Many of those you can see in the video committing the crimes are out there living freely while they took the life of my little girl.” After the Court announced their final decision, the mother of Farkhunda in a video message said: “Seeking justice for Afghan women is buried with Farkhunda.”

“The people of Afghanistan,” told us Selay Ghaffar, “witness every day the murder, rape, mutilation, threat, intimidation and other most brutal and unforgettable crimes against women under the rule of so-called ‘Unity Government’.”

“Not only nothing has improved in the life of Afghan women on the ground,” she added, “instead, the acid-throwing enemy of women Rocketyar (the moniker of Gulbuddin Hekmatyar, famous for rocketing Kabul) has been welcomed as well to make this country more hell for its women.”

In late March 2017, a 7-year-old girl from northern Badakhshan Province was reportedly raped by a man causing her to suffer severe blood loss.

After being instructed to accuse an unknown Abu Zar and make it look like an accident, further investigations by the Department of Women’s Affairs revealed a more shocking truth.

According to the local media, the girl, who was supposed to start on her first grade these days, was sold by her parents for 1,500 Afghan rupees (around 23 USD) to the lord of the area, Abdul Qahar, for an hour to be spent with the child.

Now the girl has been dismissed from the hospital and accepted into a women’s shelter, her father already being arrested and police still carrying out investigations on the mother and Abdul Qahar.

This is by far not an isolated case, as domestic and gender violence is on an alarming rise in Afghanistan.

In November 2016 three women were shot in the streets of Herat City by unknown gunmen, while last December five women working at Kandahar Airport were killed on their way to work by at least three men on motorcycles.

On Facebook, Niamatullah Wafa, member of Kandahar provincial council, claimed that if the women had stayed home instead of going to work, the incident wouldn’t have happened.

In August, also in Ghor Province, 22-year-old Aziz Gul was shot dead by her own relatives because she wanted to run away with her boyfriend, while in October 2015, in the same Taliban-controlled Ghor Province, 19-year-old Rokhshana was stoned to death by a makeshift tribal council that found her guilty of having pre-marital sex.

The head of Women’s Affairs Department in Ghor Province, Masooma Anwari, said to the local media that in that area, 95 percent of women don’t have access to the justice system and that no man has been arrested for gender-based violence.

Despite the nearly sixteen years of US/NATO presence in Afghanistan, the women allowed to study, work and have an independent life are mainly living in Kabul or some other bigger cities.

In remote areas, largely controlled by Taliban, women have limited access to any civil liberty or chance to empowerment.

Reports released by Dilbar Nazari, Minister of Women’s Affairs, to the local media reveal that 87 percent of women in Afghanistan face domestic violence, 57 percent of Afghan girls are married off before turning 16 and 59 percent of young women are forced into an unwanted marriage.

Due to the lack of security and tribal culture often women are discouraged from reporting the crime they have been the victim of.

According to UNAMA 2015 report Justice through the Eyes of Afghan Women, during the prosecution of their attackers, women are faced with “corruption, request for sexual favors and lack of direct access to and understanding of proceedings.”

“Four women stated they were verbally insulted, threatened to be arrested or accused of lying by police and prosecutors during investigations,” UNAMA report continues; “one woman said a police officer explicitly blamed her for the violence she suffered.”

Considered one of the world’s most dangerous countries for women, according to UNESCO in Afghanistan “More women die in pregnancy and childbirth than almost anywhere else in the world; According to NRVA 17 percent of women are literate. Women have more than 5 children on average, yet 1 out 10 children die before their fifth birthday.”

“Afghan women suffer from lack of security and legal and social protection, especially in the rural areas where they face most of the problems compared to the women in urban centers,” Roshan Mashal, Networking Manager of Afghan Women’s Network, an umbrella network of some 125 women organizations, told us. “Religious and traditional prejudices have a huge impact, interfering with the progress and change in women’s lives. The lack of access to justice,” Ms. Mashal continued, “health services, education and higher education, poverty, violence, economic dependence, illiteracy, and lack of awareness of their own rights, are the main challenges for Afghan women.”

“If the perpetrators of Farkhunda’s murder were prosecuted,” added Selay Ghaffar, “the incidents of Rokhshana, Tabassom, Zahra, Maryam, Nelofar would not have taken place.”

Women’s rights in Afghanistan is far from being a solved issue, and the daily local news shows the topic is in dire need of being brought to the international attention.