You are here: Home / Op-eds / Over 3 decades of war in Afghanistan, the effects on the society

After decades of relative stability, the overthrow of Daoud Khan in 1978 and the subsequent invasion by Soviet forces in 1979 marked the beginning of a lengthy and exhausting period of war in Afghanistan that is now close to its 40th year.

As Mujahedeen resistance groups grew in strength, waging guerrilla warfare and drawing Soviet forces further into the conflict, the abuses committed by both sides intensified. In the years that followed, more than 870,000 Afghans were killed, three million were maimed or wounded, a million were internally displaced and over five millions were forced to flee the country.

Sadly, war is a well-known word by Afghanistan people, there has been fighting and conflicts for almost four decades and people have felt it on their soul and body.

Forty years ago there was peace and stability in Afghanistan and even though citizens had little say in the country’s destiny mainly ruled by the monarchy, they could enjoy life because war was a far thought.

The effects and impacts of war are tangible almost in all of the aspects of society in Afghanistan. Poverty, corruption, weak government, lack of health services, mental and psychological problems and illiteracy are all outcomes of more than three decades of war.

War is a human-made disaster, it destroys everything.

The effects of war in Afghanistan on the local society 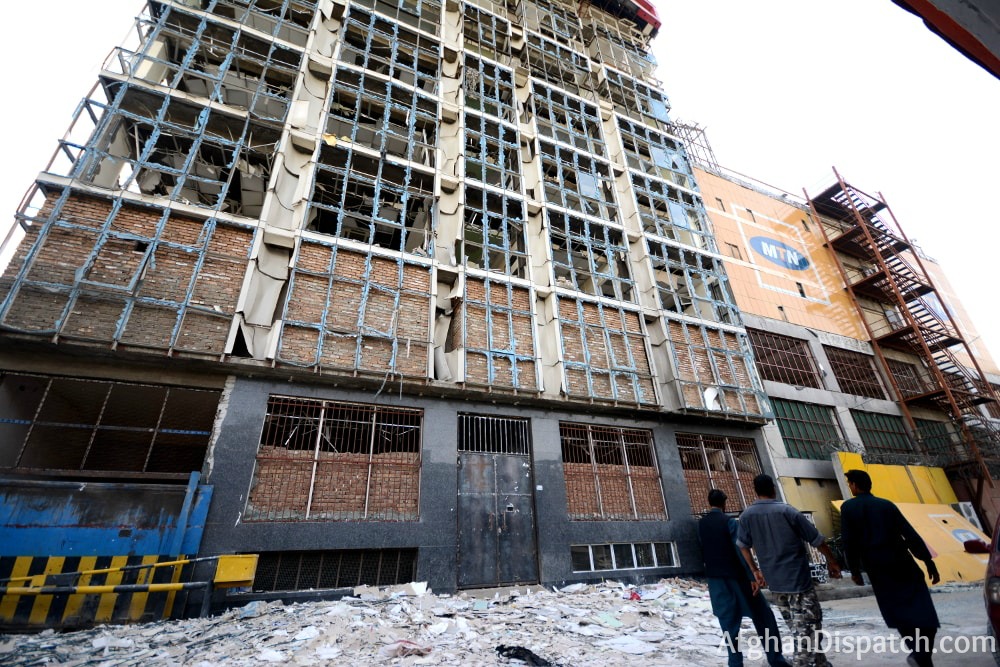 The compound of International Care NGO in Kabul attacked by Taliban last August. The building remained under attack the whole night, many foreigners were killed, two terrorists were killed by security forces and the other two blew themselves up before being caught.

War can have different impacts on the societies it touches. While it’s obvious that this depends on how the social fabric was before the war began, it is also undeniable that the impact wars have on societies is tragic and very costly concerning the losses in both human and non-human points of view.

War creates chaos, weakens the rule of law and expands violence jeopardizing human rights and the dignity of human beings.

After forty years of uninterrupted war in Afghanistan, the effects on the Afghan society are enormous. While a material loss can be compensated and a ruined city con be rebuilt, human losses can’t be recovered, the children who lost their father, the women who lost their husband and sons, nobody can bring their beloved ones back.

According to different sources and surveys, more than a million Afghans have been killed and 3 million have been maimed or wounded in this prolonged war in the country.

The impact of war in Afghanistan society is multifaceted, different aspects of Afghans’ life have suffered, and several psychological, economic, illiteracy, health and mental problems are the result of it.

“Mankind must put an end to war before war puts an end to mankind.” John F. Kennedy

War has left about 800,000 people with disabilities in the country, and most of them are are unemployed, illiterate and have limited access to health facilities. As of August 2016, about 104,000 people have been killed in the war in Afghanistan since 2001, more than 31,000 being civilians. An additional 41,000 civilians have been injured since 2001.

Children and women are the most vulnerable members of the Afghan society.

The effects of the war in Afghanistan on women

Afghanistan is said to be one of the most dangerous places in the world for women and girls, and while now this is correct, it was not like this four decades ago. There are several videos and photos taken in Kabul showing how local women used to live as if like in a modern society of a European country.

Afghan society is traditional and religiously conservative but these are not the only reasons for the existence of challenges that deteriorate the life of women and men. The war itself has been a trigger for women’s problems in the country.

Many women lost their husbands, parents lost their sons, many cases were reported where parents suffered serious psychological and mental problems, even causing them to die after hearing the news of losing a son.

In September 2016, Taliban carried out two suicide attacks in Kabul and 41 people were killed. Police officer Ahmad Salangi was among the casualties, and his mother died from the heart attack as soon as she learned about her son’s death. She had already lost two sons in the fight against Taliban and her heart couldn’t take it anymore.

Losing a male member of the family in Afghanistan puts a much heavier pressure on the shoulder of women also from an economic point of view, as they lose the only breadwinner of their family. Nowadays many widowed women are forced to work outside the house since they lost their husband, making their life harder as most of them have no education nor experience.

The worst period for women was when Taliban extremist group took power in Afghanistan. Girls were deprived from going to school and women were forbidden from working or going out without a male member of the family.

The women in capital Kabul faced a lot of problems when Taliban took control of the country as they were mostly employed by the government, and also in the capital many lost their husbands during several years of inter-factional fighting.

Effects of war on children 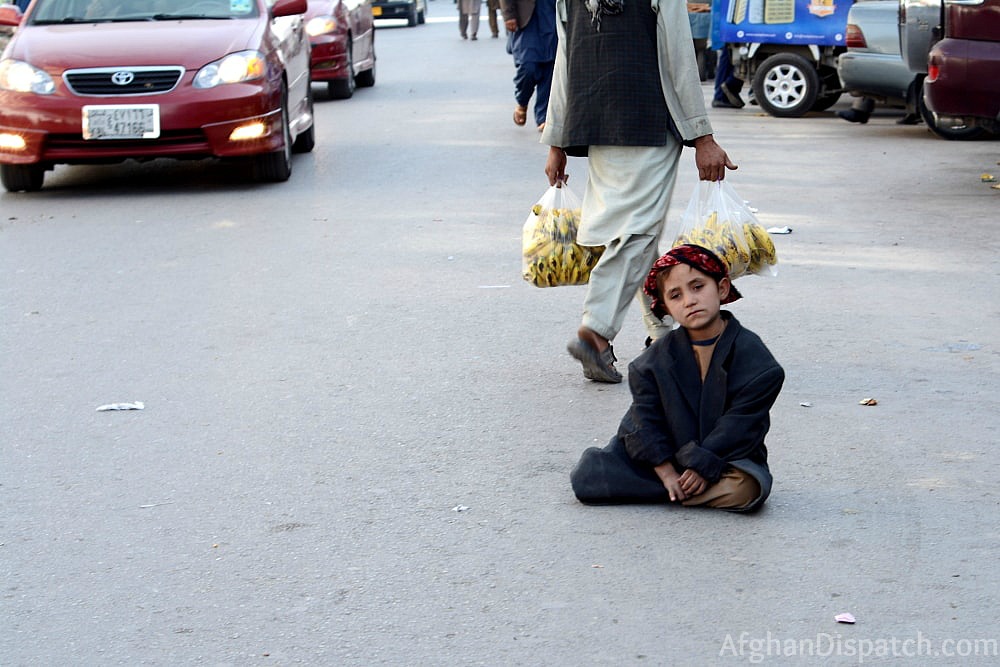 Children are some of the most vulnerable victims of the war. In Afghanistan is not uncommon to see children begging in the street

Children are the second most vulnerable group in the Afghan society, most of them being deprived of living a normal childhood because already from a young age, instead of being free to play and go to school, they are working to feed their families or spend their days begging in the streets.

Children are the future of a country, but there is no way we can see a positive change if these kids don’t receive a proper education, and war prevents from getting one. The conflict-related violence resulted in the partial or complete closure of more than 369 schools in 2015, affecting more than 139,000 students and 600 teachers in Afghanistan.

Having lost their father, many children have become the breadwinner of their family at an age as young as eight years old. Deprived of the most basic needs, the condition of children in Afghanistan has been deteriorating and we are not seeing a solution in the near future.

Many children work in the streets of Kabul and other cities as vendors, washing cars, domestic servants, or carrying heavy loads of rice or flour on wheelbarrows from one location to another. Some of them are repeatedly physically and sexually abused by adult men.

Effects of the war in Afghanistan on the economy 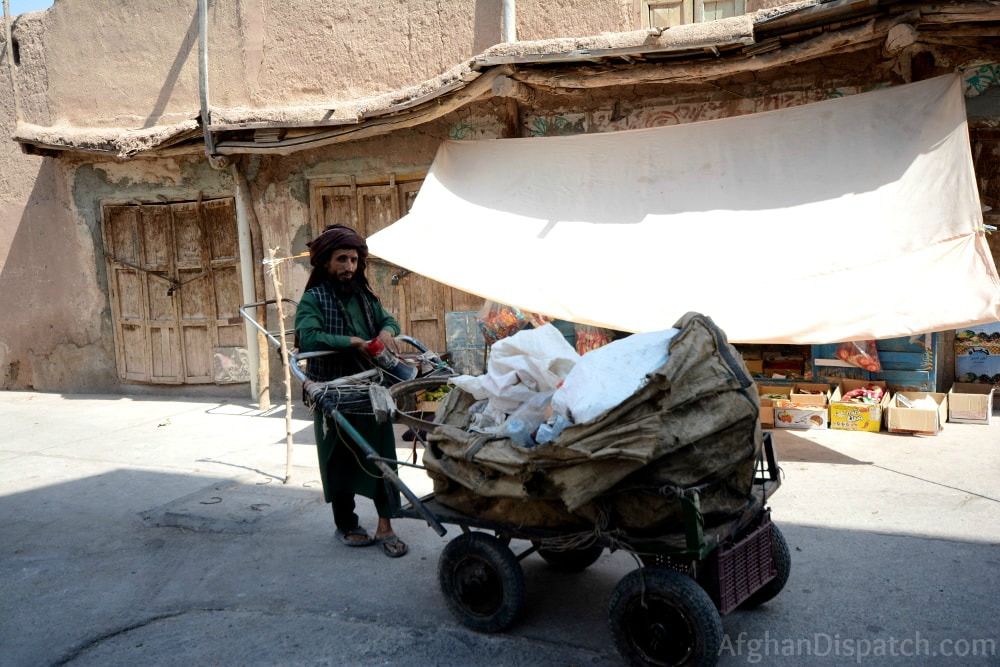 War has been a hinder to Afghanistan’s development and made it one of the world’s poorest countries. According to a survey conducted by the World Bank and Afghanistan’s Ministry of Economy in 2015, 36 percent of the population is living under the poverty line.

If Afghan leaders were able to establish a higher level of security there would be a lot of opportunities both for local and international companies, and the local economy would find a fast boost. But due to security problems, international investors don’t dare to invest in Afghanistan, and the country’s economy is on a stalemate.

Currently, many Afghan men and young boys are going to Iran, Saudi Arabia and Persian Gulf countries to find a job, but sometimes some of these young men are radicalized and bring religious extremists views that will eventually fuel more conflict and security problems and the local economy will be further deteriorated.

With the rising of ISIS in Afghanistan, the country is bound to plunge into a new humanitarian emergency and Afghans into a new internally displacement and refugee crisis.