You are here: Home / From the Frontline / The rise of ISIS in Afghanistan 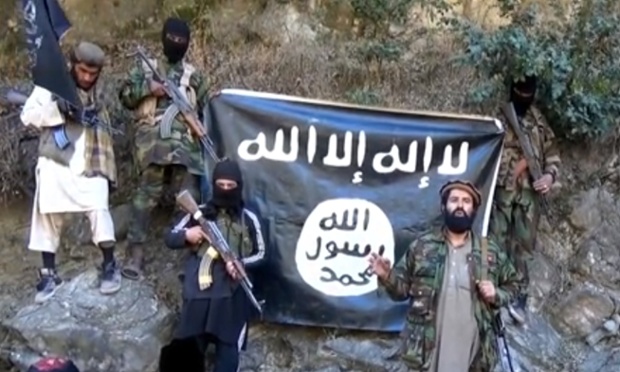 The rise of ISIS in Afghanistan. Photo from Khaama Press

In a moment when Taliban insurgents are launching offensives in many provinces, to add to the chaos, the rise of ISIS in Afghanistan seems an increasingly alarming threat.

What are the plans of ISIS in Afghanistan?

According to most Afghan political analysts the mission for ISIS is to threaten and destabilize the Russian-influenced countries in the Middle East that have border with Afghanistan, such as Tajikistan, Uzbekistan, Turkmenistan and Iran. Last but far from being least, the border with China is another main target of the ISIS terrorist group.

According to the First Vice President, General Abdul Rashid Dostum, the Islamic State of Iraq and Syria (ISIS) terrorist group is planning to deploy at least 7,000 fighters in the northern Afghan regions. Gen. Dostum made these statements upon his arrival in northern Faryab Province where he’s supervising counter-terrorism operations following the fall of Ghormach District to the Taliban last week, while committing 100 per cent to question those who neglected their duties and allowed Taliban to take control in the district.

He added that the plans of ISIS in Afghanistan involve recruiting and deploying foreign nationals, mainly citizens of Syria, Iraq, Lebanon, Tajikistan, Uzbekistan and Chechnya, as their fighting militias.

The First Vice President further insisted on the necessity of defeating Taliban insurgents first in order to pave the way for the establishment of strong posts for the security forces to fight the ISIS militants. The remarks by General Abdul Rashid Dostum come as the Afghan and US Forces are engaging in counter-terrorism operations in eastern Nangarhar Province from where the terror group initially launched its operations.

Last July, the Afghan National Defense and Security Forces (ANDSF) launched a major operation in Nangarhar to suppress the activities of ISIS terrorists. The US forces also provided support to the Afghan Army during the operation conducted in Kot, Achin and other parts of the province where ISIS groups were preparing to launch offensives.

According to Khaama Press, on October 22nd at least 54 ISIS insurgents were killed and 22 injured in Nangarhar Province during clashes with the Afghan Army and public uprising.

The US forces resumed operations against ISIS militants after the Obama administration granted them broader role to fight the terror groups operating in Afghanistan.

Since the beginning of 2015, after ISIS announced its presence in Afghanistan, the terrorist group has been trying to build bases and training camps around the country, especially in places such as Logar, Farah, Nimroz, Badakhshan and Nangarhar Provinces, but despite of their strong financial support they weren’t able to set foot in most areas of Afghanistan because Taliban didn’t agree with their mission and fought them out of most areas.

Currently, the only place where ISIS in Afghanistan are actively carrying out operations and recruiting militants is Nangarhar Province, also the base of their their own radio used to preach hate against the local government and call new recruits to arms.