You are here: Home / From the Frontline / Terrorism in Afghanistan, world’s second most dangerous place

Terrorism in Afghanistan is making it one of the most dangerous nations in the world. The country suffered the worst year so far in its war with the Taliban, resulting in nearly 18,000 deaths from the conflict in 2015. Afghanistan ranked number two in the world on the terrorism index, the Institute for Economics and Peace (IEP) released in its latest Global Terrorism Index (GTI). 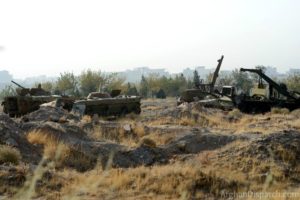 According to IEP “while the international community’s focus has intensified on ISIL (Daesh) and its activities in Iraq and Syria, last year recorded the deadliest year for the Taliban in Afghanistan.

The increases in Afghanistan highlight the resurgence of the Taliban in a war that has now lasted 15 years. GTI confirms that the Taliban are seeking to destabilize the government by undermining its institutions.

The five countries suffering the highest impact from terrorism as measured by the GTI; Iraq, Afghanistan, Nigeria, Pakistan and Syria, accounted for 72 per cent of all deaths from terrorism in 2015.

It said: “Effective military interventions appear to have reduced the impact of terrorism in Iraq, however the increasing intensity of violent conflicts in Syria, Yemen and Afghanistan have led to rises in the number of terror related fatalities.”

The Global Terrorism Index is a study analyzing based on facts and researches on the impact of terrorism for 163 countries, covering 99.7 percent of the world’s population.

With 5,312 deaths recorded in 2015, deaths from terrorism also increased to the highest recorded levels overall up by 18 percent from the last year. Victims of terrorism in Afghanistan have been increasing every year for the past five years.

“Taliban were responsible for the majority of terrorist attacks and in 2015 they were responsible for 85 per cent of all deaths from terrorism carrying out 1,094 attacks that killed 4,502 people. Police remain the main target of attacks by the Taliban and accounted for half of all attacks and deaths. There were 543 attacks on police resulting in 2,259 deaths.

“The majority of these attacks are armed assaults that target checkpoints, outposts, patrols and other regular policing activities. There were also 30 suicide bombings targeting police that resulted in 193 deaths,” according to GTI.

“There has been a 20 percent increase in attacks in the northern provinces which highlights the growing ascendance of the Taliban. In 2015 there were nearly 1,000 deaths in the provinces of Faryab, Baghlan, Jawzjan and Kunduz, an increase of 60 percent from the previous year.” 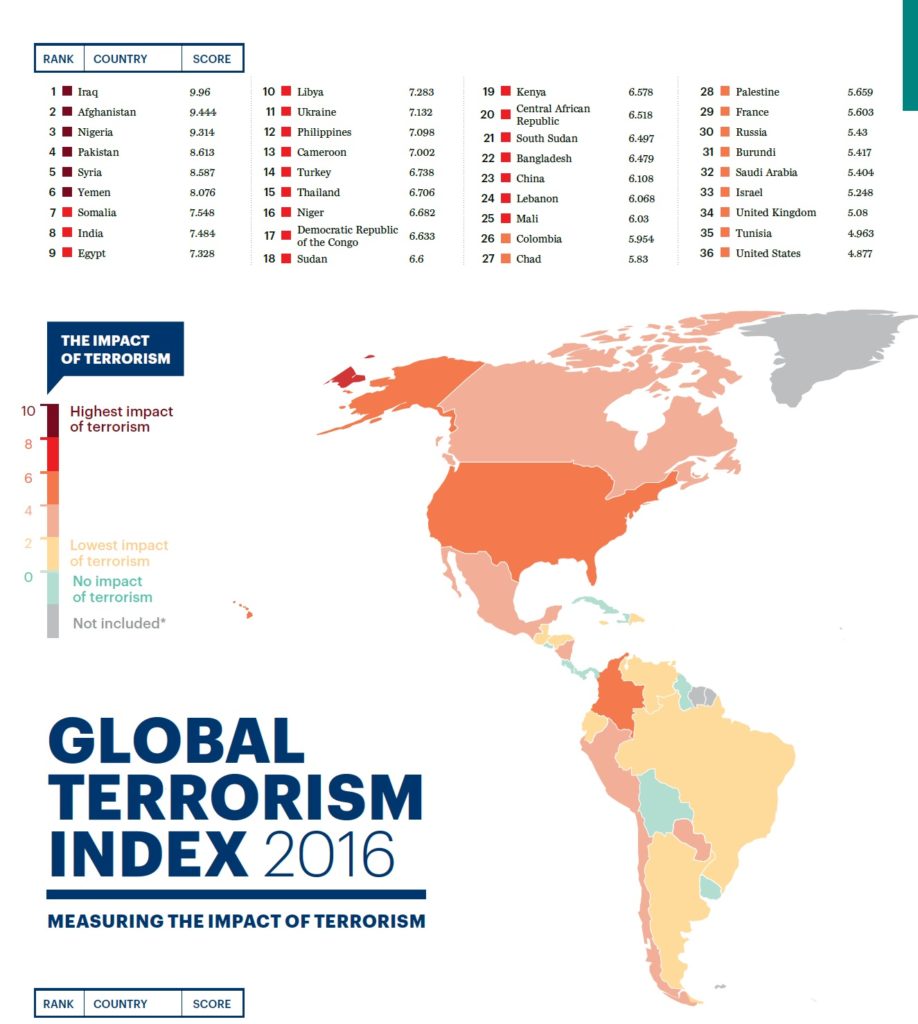 According to the GTI, following the collapse of Kunduz to the Taliban in September 2015, there is a risk that terrorism in Afghanistan may continue to spread northward into Central Asia, particularly along the border with Tajikistan, a country that had its worst year terrorism-wise since 2000.

Alongside the Taliban, there are four other groups that conducted attacks in 2015. The most active of these groups was a Daesh affiliate, the Khorasan Chapter of Daesh, which undertook 47 attacks that killed 120 people. They also claimed responsibility for the July 2016 Kabul bombing at a protest which killed at least 80 civilians.

“This branch of Daesh is active in the Nangarhar Province in eastern Afghanistan and is reported to be comprised of Pakistani migrants who were former members of Tahrik-i-Taliban,” continues the report, adding that “Afghanistan remains the largest opium producer in the world,” with drug traffickers paying the Taliban to protect markets, escort traffickers and assist in the transportation of opium.

To get funds, Taliban impose taxes on the areas they control, including the ushr, a ten percent tax on the harvest, and the zakat, a 2.5 percent tax on wealth and income. The terrorist group also imposes taxes on services it does not control, such as water or electricity services and large construction, trucking, telecom and mining companies face extortion attempts by the Taliban.

In 2012 the Taliban raised $400 million through a combination of taxes, donations, extortion and involvement in the illegal narcotics industry, reported UN Security Council. Considering that opium cultivation increased by 19 percent from 2012 to 2015, it is likely that in recent years the Taliban earned in excess of $200 million.

There have also been reports of Gulf Cooperation Council nations, such as Saudi Arabia, Kuwait and the United Arab Emirates, funding the Taliban through Islamic charities and other institutions.

Meanwhile, terrorism in Afghanistan doesn’t seem to come to a halt.

The Bakwa residents said Taliban got into government offices of the district, took away the facilities and destroyed some of the buildings.

Alongside Taliban insurgents, terrorism in Afghanistan is made worse by ISIS activities. Khorasan Branch of Daesh terrorist group announced their presence in the country in January 2015, few days after Obama ended the combat roll of U.S. and NATO troops.

ISIS have their main base in Nangarhar, right next to the Pakistan border, and they have been trying to build their training and operation bases in the provinces with borders with countries such as Iran, Tajikistan, Turkmenistan and, last but not least, the 76-km border with China, all allies with Russia.

Last November 19th the governor of Zabul Province said ISIS is more active than any other time in their districts where Taliban recently gave up their territories to ISIS to operate, train and recruit.

A very recent news, a suicide bomber blew himself up inside a mosque in Kabul during a Shia gathering killing at least 27 people, according to the official reports, and leaving other 30 wounded. No group has claimed responsibility yet, but likely it’s the action of ISIS terrorists.