You are here: Home / Politics / Talks over security in Afghanistan between Russia, China and Pakistan

These days talks over security in Afghanistan are being held in Moscow, Russia, even though no representative from the Afghan government has been invited. 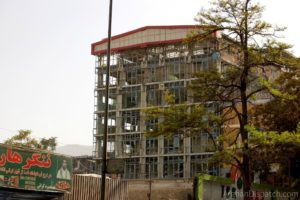 This is the reason why officials from the Afghan National Unity Government (NUG) have expressed their concern regarding the meeting that is taking place between China, Pakistan and Russia in Moscow.

Ahmad Shakib, spokesman of the Afghan Ministry of Foreign Affairs, said that talks over security in Afghanistan without any Afghan delegation cannot come helpful, even if done in good faith.

No delegation from the United States has been invited to the Moscow talks over security in Afghanistan, either.

Officials in Kabul and Washington claim that Russia is in constant relations with Taliban insurgents, but Moscow rejected such allegations. Russian officials, however, have said to be in contact with the Taliban group because they share the same enemy, ISIS.

Relations between Russia and the US under the Obama administration strained over a variety of topics, last but not least the war in Syria. This is why this recent series of meetings over the situation in Afghanistan have become a concern for many.

Is Afghanistan becoming a new Syria?

Recently the members of the Afghan Parliament accused Russia and Iran of being supporting Taliban in the fight against ISIS, some even advancing allegations that the two countries might be trying to destabilize the US-backed Afghan regime.

Something else that has been appearing always more obvious: many countries seem to be changing allies. َApparently Pakistan is now getting closer to Russia, and Turkey appears to be doing the same, to the extent that Turkish President Recep Tayyip Erdogan has just claimed that the US has been supporting ISIS terror group.

It comes as major concern that most bordering countries show little trust in the current Afghan administration, and fears raise once again for the stability of the entire region.