You are here: Home / Archives for Enlightening Movement 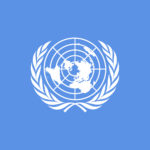 UNAMA, the United Nations Assistance Mission in Afghanistan has released last October 18th a special report on the 23rd of July Kabul attack. Claimed by Daesh/ISIS, the attack voluntarily targeted civilians killing 85 and leaving more than 400 injured, almost all from the Shia Hazara group. The peaceful demonstration was organized by the Enlightening Movement to […]