You are here: Home / Society / The impact of drug addiction in Afghanistan is an issue to be faced ASAP

Suffering from decades of war, the drug addiction in Afghanistan is proving to be yet another problem the country needs to face in order to achieve peace and stability. 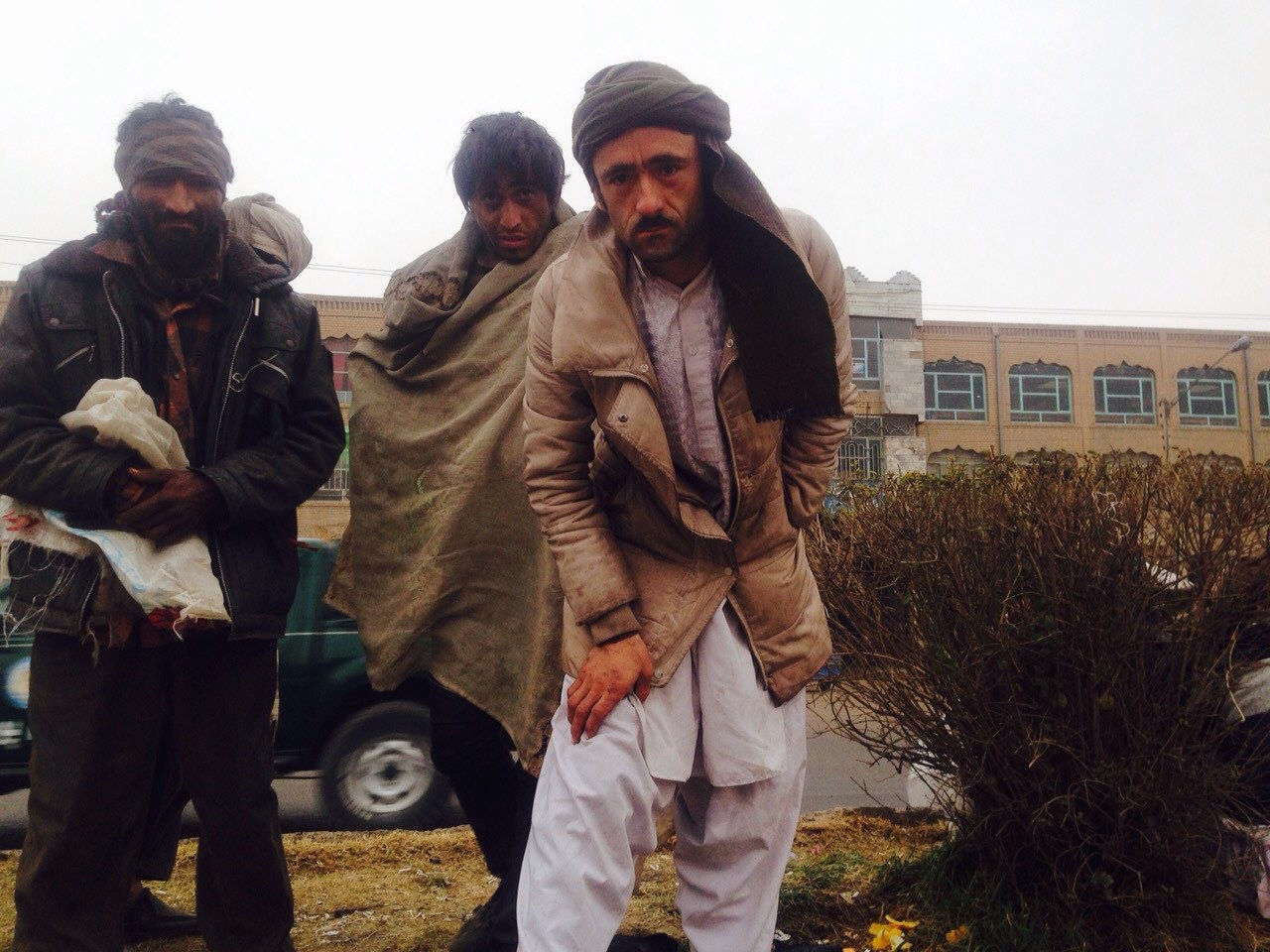 The article was written by Mir Sayed Fawad Ahmad Alaie, a Former Research Officer at UNODC

Afghanistan suffers from different problems and difficulties which include war, corruption, and poverty, and drug addiction only adds to the obstacles to rebuild a country that has been at war for decades. The drugs business, in fact, is supporting and feeding the war and corruption in Afghanistan.

According to UNODC findings, smuggling drugs is one of the Taliban’s financial and income source, the report estimates that Taliban earned 400 million USD from drugs taxing in 2009. (UNODC 2009 drugs, poverty, and crime report). This is not just a problem for Afghanistan but for the whole world, as the deaths caused by an overdose of drugs in NATO members countries are more than the casualties they had in Afghanistan and Iraq since 2001.

Moreover, around 100,000 people die from Afghanistan’s drug overdoses in Russia every year, as worrying statistics from the country’s Federal Drug Control Service have revealed.

The effects of drug addiction in Afghanistan

Drugs addiction has affected all aspects of the Afghans’ life; it has proven to have a negative impact on security, health, good governance and economy of the society. The negative consequences of drug abuse affect not only individuals who abuse drugs but also their families and friends. Our society has been affected badly by drugs during the past decade: the number of drug users has dramatically increased.

Afghanistan continues to face significant and increasing challenges related to the drug abuse amongst its population with an estimate from 2015 places being between 1.9 million to 2.4 million adult drug users, equivalent to 12.6 percent of the adult population, more than double the global drug use rate of 5.2 percent.

The impact of addiction on families is devastating, many families have collapsed due to drug abuse from a family member, nowadays addiction is one of the reasons for divorce in our society. As highlighted by a study from the UNODC in 2014, drug addiction is also a source of domestic violence. Over half of the family members interviewed said that they had been hit by or had hit out at a drug-using relative during a confrontation regarding the latter’s drug use. In many cases, addicts show violence due to the effects of drugs on the nervous system and the psychological problems they cause.

Addiction is considered to be a shame for a family in Afghanistan, in many cases, families try to help their relative to quit the drug habit but in many cases, their efforts are vain and end up with the person being evicted from the house.

Many young men go to Iran and Pakistan for work, and often they fall into the drugs trap and are deported by Iranian authorities as they are in Iran illegally. The deported Afghans from different provinces of Afghanistan don’t go back to their cities as they don’t want their families to know they became addicts. Thousands of such people are living in Herat, Nimroz, and Farah which are bordering provinces.

During surveying for UNODC, I, myself, interviewed several of such young people who were deported from Iran and didn’t go back to the provinces they are originally from; there are thousands homeless drug users in Afghanistan who are living in very bad conditions in shrines, ruin buildings or in the camps in different provinces. Many addicts lose their life due to overdose or due to being homeless and cold weather during the winter.

Effects of addiction on women

Women are obviously the most vulnerable members of Afghanistan’s society, and drug addiction of husbands and sons, first of all, affects the wife and the mother in the family.

The night of the 13th December 2013, Sitara was found by her neighbors in Herat, western Afghanistan, covered in blood, her arms and hands were broken and her nose and lips cut off. She had refused to give her jewelry to her drug-abusing husband.

This was not the only sad story of women suffering due to the addiction of their husband or sons. In several cases, the women, too, were forced to use drugs and become addicts. It has also happened that if men want to sell the house equipment and the wife manages to prevent it, the husband tries to make the wife and children also become addicts so they won’t oppose the selling of the house tools and personal belongings.

Effects of drugs on children

The number of children addicts is rising day by day, and the impacts of drugs on them are devastating. When the father becomes an addict, the children are losing the main supporter of the family, and when the parents smoke drugs, in many cases the children also become gradually addict.

Some families, due to lack of awareness about drugs harms, give opium to their baby children when they cry, causing an addiction since young age without even knowing it.

Effects of drugs on the education

Children’s education suffers enormously if there is a drug user in the family. Over one-third of the children interviewed said that they had been forced to leave school as a result of drug use by a family member. According to UNODC 2014 report Impacts of drugs on users and their family, 60 percent of the interviewed mentioned that the children dropped from school due to the addiction of their parents.

The future of many kids is in danger and destroyed, even they are not well treated in the society, as they are the children of addicts!

Effects of addiction on the economy

It is obvious that addiction has negative impacts on the overall economy. When the people become addicts, they lose their outputs and productivity, many of them lose their jobs and have no income anymore. The link between drug use, unemployment, and poverty is also clear; family members said that 60 percent of drug-using relatives who had been employed prior to using drugs had subsequently lost their jobs.

Secondly, the amount of money used for buying drugs is another loss for the family in particular and in general for the whole society’s economy.

A survey carried out by UNODC in 2009, estimated that overall drug users in Afghanistan spend on average $300 million USD on their drug habit every year. Of course, the number of drug addicts increased since then and the estimation now would be much higher than 2009.

Thirdly, the money and resources spent for treatment of drug addicts and combating drug-related crimes is another loss for the society’s economy. I knew several people who had a good life, were rich or inherited wide lands but after becoming addicts, they gradually lost everything and finally started begging on the streets.

Effects of drugs on security

Although the addicts are not criminals but sick and they should be treated, addiction has a role in the increase of crime in the society.

A number of social crimes such as robbery, prostitution, and murders are related in some cases to misuse of drugs.
Even the anti-government elements such as Taliban are in some cases using the drug addicts to create security problems in Afghanistan.

Impacts of drugs/addictions on health

Drug use has negative impacts on health and hygiene of the society, addiction has more negative health consequences for drug users and the society in general. Injecting drugs is more dangerous than smoking or inhaling drugs because through injecting the HIV and hepatitis C spread in the society, injecting heroin and using the joint needle is one of the main reasons for the increase of HIV infections in Afghanistan and regional countries.

Reasons for using drugs in Afghanistan

There are different reasons for people to become an addict. Poverty, unemployment, peer encouragement, immigration and easy access to drugs are the mean reasons for the Afghans who became addicts.
Many Afghans seem to be taking drugs as a kind of self-medication practice against depression or whenever a problem arises. But as a result, this inevitably causes greater misery by creating behavioral, social and health problems as well as a rise in petty crime, traffic and workplace accidents, and loss of productivity.Furthermore, injecting drug use, as well as trading sex for drugs. risks spreading HIV and other blood-borne diseases. Drug addiction in Afghanistan is on a dangerous rise and in dire need of being addressed properly and once and for all. 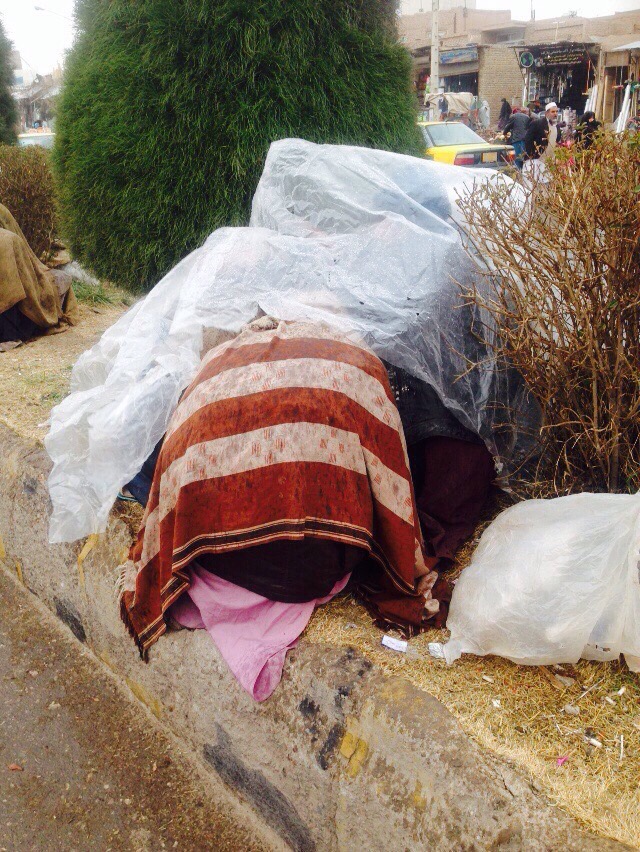