A new harsh assault has been carried out in the last couple of days aimed at undermining women’s independence in Afghanistan.

Afghanistan is arguably the most dangerous country for women and changes towards a tangible improvement of Afghan women life and condition is still too little and too slow. 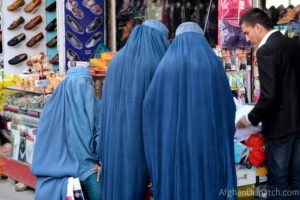 Logar police chief announced that anyone who will give valuable information to identify the attackers of the girls’ school will be rewarded.

550 girls were studying in this school. According to the official statement, 2,000 books, including copies of the Holy Quran, as well as desks, chairs and other materials have been burnt.

In a country where only fifteen years ago women were forbidden from studying and that still now are recovering from Taliban dark ages, this criminal act acquires a whole different meaning. Afghanistan still holds a sad record of thousands of radicals, Taliban and Taliban sympathizers who share the fear of women becoming independent, studying and working.

The fear of women’s independence in Afghanistan has endangered many other acts of violence. Yesterday December 17th early morning a car carrying five women was targeted and all women and their driver shot dead by an identified group of gunmen. No one has claimed the attack so far.

The five women were on their way to Kandahar International Airport where they worked as security guards. Kandahar police chief has announced that investigations have already been launched.

The hopes for women emancipation run thin especially when some of the people in charge oppose such progress. Namely, people like Niamatullah Wafa, member of Kandahar provincial council, who stated that if those women had stayed at home the crime wouldn’t have happened.

Comments from Afghan men on social media declaring that the killing of the five burqa-clad women wouldn’t have happened if they had followed the Islamic hijab dress code reveal that in order to achieve some degree of women’s independence in Afghanistan there is the need of extensive education aimed at eradicating such sexist mindset.

For women in Afghanistan living in rural areas and remote provinces education and job opportunities are very limited. Recently the Minister of Women’s Affairs (MOWA), Dilbar Nazari, released to the media the latest figures stating that 87 per cent of women face domestic violence, 57 per cent of Afghan girls get married before 16 and 59 per cent are forced to marry.

According to UNESCO, “Afghanistan is one of the most challenging places in the world to be a woman: More women die in pregnancy and childbirth than almost anywhere else in the world; According to NRVA 17% of women are literate. Women have more than 5 children on average, yet 1 out 10 children die before their fifth birthday. Only 67% of Afghan girls are enrolled in primary school level, and less than half of the girls attend school beyond the sixth grade, one girl for every two to three boys. Many Afghan families will only permit their daughters to attend all‐girls schools close to home and few such schools exist. Other families believe it is unnecessary for girls to be educated.”

While the National Unity Governent (NGU) has been approving laws and regulations aimed at women’s protection, there still is difficulty into the enforcement of such measures.