You are here: Home / Politics / Afghanistan elections, the new challenge for the national government 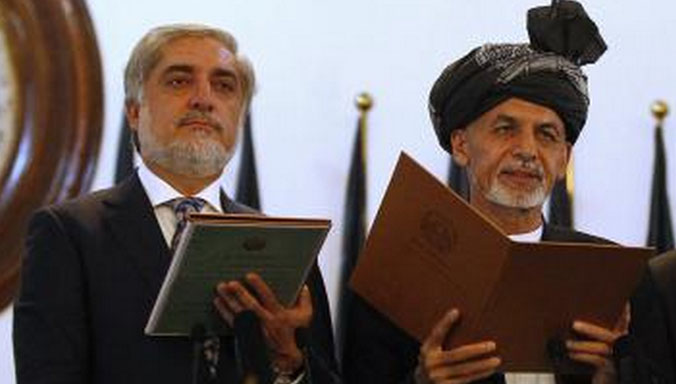 Afghanistan elections, the new challenge for the national government. Photo by Nato

When talking about Afghanistan elections, there is a widespread sense of distrust and very little interest among Afghans. After 40 years of uninterrupted conflict, the biggest challenge for Afghan National Unity Government (NUG) is to raise interest and make their own people willing to participate in the public life and local civil society.

Last Presidential elections, held on April 5th 2014, with a second round held on June 14th, ended up in a complete chaos that nearly threw Afghanistan to an internal civil war because the results of the first round election saw current Chief Executive Abdullah Abdullah as winner and Ashraf Ghani behind him, even though none of them got 51 per cent of the votes. Allegations and rumors claim that this happened because many of the votes for Abdullah were not counted and IEC announced them as invalid.

The second set of results came after the run-off on 14 June, two months after the first round. Preliminary results were expected on 2 July and the final result on 22 July. However, widespread accusations of rigged elections in the second round delayed these results.

Abdullah Abdullah never accepted the second round as he believed he won the first round of the Afghanistan elections, but with the influence of the international community he had to agree to the second election round during which explosions were carried out, allegations were made by people who were allowed to vote more than once and even Taliban who severed the index fingers of 15 Tajik men who had voted in the western districts of Herat Province to prevent them from voting again for Abdullah. The 2014 elections have been seen as yet another embarrassing event within the Hamid Karzai’s administration.

Currently, the condition imposed by the European Union in order to fund next Afghanistan elections is to carry out necessary reforms alongside firing the responsible authorities involved in rigging the past elections, but Ashraf Ghani has been hesitating.

For a more reliable results, the government should issue an electronic national ID to the citizens so that each vote can’t be faked or made more than once, but while Afghans have been waiting for this to happen, Ashraf Ghani and Abdullah Abdullah are not reaching an agreement as Abdullah wants the name of the tribe mentioned on the ID while Ashraf Ghani wants only the nationality to be mentioned.

Meanwhile, Afghans have been waiting for a new test on the state of their democracy and to finally have their electronic national ID instead of the current A4-size paper.