You are here: Home / From the Frontline / Victims of war, the heartbreaking story of young Afghan soldier Najibullah

“My last memory right before losing my eyes has been my best friend torn into pieces by the explosion.” This is how Najibullah, a 19-year-old Afghan soldier, rounded up his interview with Afghan Dispatch. After three years serving in the Afghan Army, Najibullah and his commando (other seven soldiers) fell victim of an IED explosion planted by Taliban insurgents. 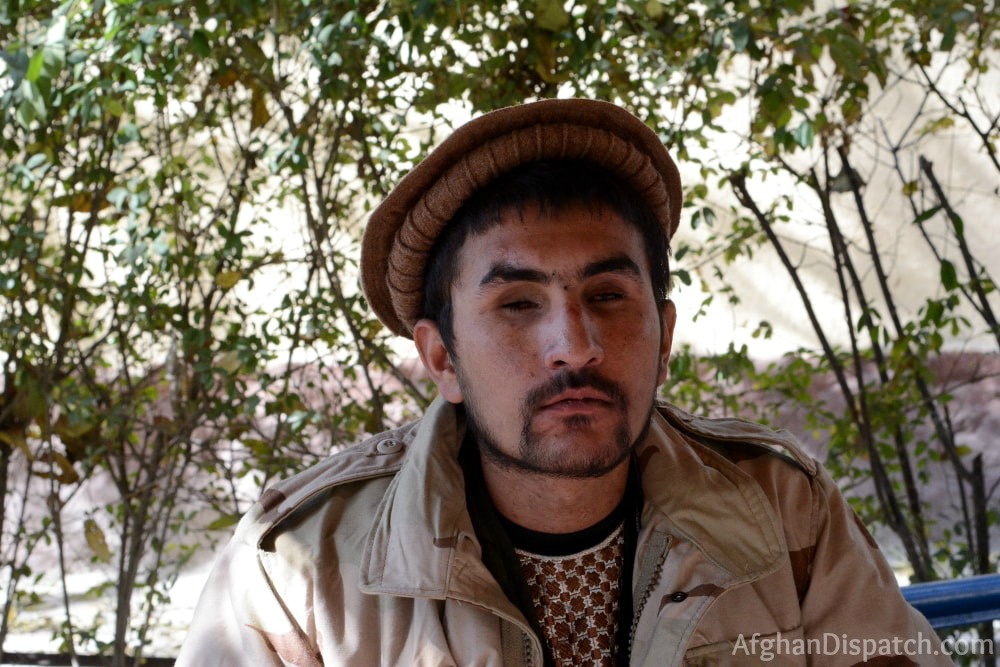 Over a glass of tea, the young Afghan soldier agreed to tell us his story and how the attack took place.

During the latest Taliban offensive in most provinces, Najibullah and his comrades were deployed in the highly sensitive Farah Province. Surrounded by insurgents for one month, they had no food supply and had to eat whatever they could hunt.

One night Taliban went close to their post in an attempt to capture or kill them but failed. The day after, early morning, the group of soldiers moved forward and cleared on one of the houses they suspected Taliban used during the night. No one was there so they went back to their post. Few hours later, however, their commander operating  in a different area over the radio gave them the order to do another search in the same house. Even though the soldiers tried to convince him it wouldn’t have been safe to do the same thing on the same road and house, the order was confirmed. 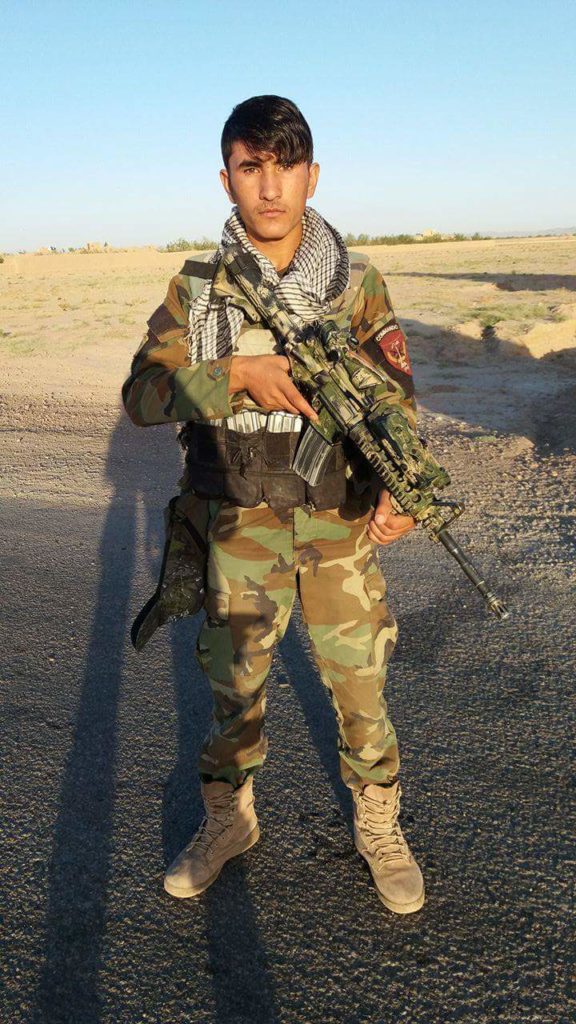 Najibullah before the attack. Photo courtesy of Najibullah

They headed out towards the house along the same road but this time Taliban were waiting for them and had already planted an IED. Najibullah’s friend stepped over the explosive and Najibullah himself on the fuse. and that was when the life changed for the young soldiers.

Najibullah told Afghan Dispatch it was not the first time his team had been left behind and surrounded by Taliban, this is why he was afraid that one day the government would have left them behind again, but due to the contract he had signed, the love for his country and commitment to serve it, alongside a bad economic crisis, he remained with Armed Forces.

Immediately hospitalized at the Army hospital, doctors told Najibullah that while the right eye was lost, the left one could be saved, but the surgery needed to be done outside of Afghanistan, even in neighboring countries like Pakistan or India. The young soldier has been denied any monetary assistance from the Afghan government, and without the surgery that can save at least one of his eyes, his hopes for a normal life are running thin.

Alongside declining all responsibility and refusing to pay for his surgery and trip to India, the government even cut his salary from 280 dollars to 150 as an invalidity retirement despite his request that they pay him the full salary for at least one year.

Najibullah is engaged and his fiancee lives in his hometown in Badakhshan. The young Afghan soldier didn’t forget to mention her and how heartbroken she was when she learnt what had happened to her future husband.

Najibullah’s case is not isolated. With terrorist attacks happening every day, Afghan soldiers, police officers and security personnel are constantly under life threat and the national government claims to be unable to help them all. This is mainly why the former chief of Afghan intelligence service NDS, Rahmatullah Nabil, founded Help For Afghan Heroes (H4AH), an NGO entirely devoted to help injured soldiers and security forces.

“H4AH strives to help Afghan National Security Forces (ANSF) members who have been wounded or injured and the families of ANSF heroes who have been killed serving Afghanistan,” they say. Over time, they seek to provide psychological, medical and rehab support services to the injured soldiers, training and employment opportunities for the children of killed ANSF officers, scholarship opportunities for the children of killed or disabled ANSF soldiers and benefits to the families of the deceased security personnel.

Afghan Dispatch is trying to launch a crowdfunding campaign in collaboration with Help For Afghan Heroes and the Kabul hub of Global Shapers, a community of young leaders part of the Swiss non-profit organization World Economic Forum. We will update our readers with every news and as soon as we launch the campaign.